The saga of “Baby Bought A Pistol” is at an end. At least for now, at least in this form.

I tried doing some vocals over the backing track, and discovered the song is just not going to work in it’s current state. I’m just not feeling it. The lead tones are too shrill, the lyrics are boring, the story cliche. I’ve grown disinterested in trying to finish it. I may try to rework it at another time, but for now it’s a dead project.

In the meantime, I’ll be working on contributions to new Coursera Cafe Group Karaoke and Coursera Blues Jam projects.

Maybe walking away and coming back will be the shot in the arm I need to finish the late “Baby Bought A Pistol”. 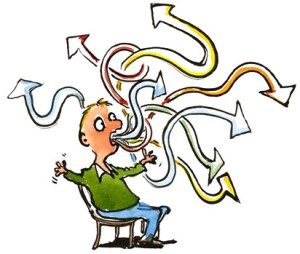 I am nothing if not aware of my faults.  I have so many they’re hard for me to miss.

One of my most socially unacceptable traits is that I have a tendency to jump both feet first into a conversation in which in many cases I was not invited, and in many others, I have absolutely no idea what I’m talking about (these are the conversations that I tend to be loudest during).

If I approach a small group of friends or co-workers in the middle of a conversation, I immediately jump in with my two cents worth of opinion/anecdote/iffy knowledge regarding whatever topic is at hand.  To make sure I get my point across, I often repeat myself.

If  I’m conversing with one or two other people, and someone else approaches with a question of some sort, I verbally elbow the other folks out of the way and forcefully put forth my answer, correct or not, backed up with opinion, personal experience, and quite often facts and stories pulled out of thin air.

I know this is  happening as I do it; everyone involved kind of looks at me incredulously with a “will-you-please-shut-up” expression on their faces, but I forge ahead. To stop and apologize is not an option.  It would be an admission that I’m not as cool as I pretend to be.

If I know this and see it coming…why can’t I stop it before it starts?

The story I’m about to relate is, for better or for worse, absolutely true. I have no explanation for it. A few theories, maybe, but no facts to back them up.

Our tale starts last Friday, March 26, 2010. I was sitting in my office around 10:00 ayem or so talking football with a couple of co-workers, when I casually noticed that my eyeglass lenses seemed to be smudged. In the midst of discussing the benefits/downside of Jake Delhomme joining my beloved Browns, I reached for a napkin from the stack on my desk and began to absently polish…

I threw a confused glance at my friends, interrupting the conversation. As they looked at me, I revealed the cause of my confusion by pulling the napkin completely through the left side of my frames: my lens was gone.

We figured it must have popped out while I was inattentively polishing it. The three of us hands-and-kneed it around, beside and behind my desk. I moved a software box lying on the floor and found the withered remains of a dead mouse (so that’s where that smell was coming from a few months back!), but no lens. We searched file folders it may have bounced into, moved nearby copiers and throw rugs, but no success.

We examined my frames: no breaks, no bends, everything screwed down tight. How the hell could a lens pop out, anyway?

I retraced my steps since I’d arrived that morning, but no luck, and no lens.

(Sharp-eyed [har!] readers may wonder how I could not notice I was missing an eyeglass lens earlier, but my long-time reader will remember that I’m afflicted with macular degeneration in my left eye, and can barely see straight out of it on a good day.)

We searched far and wide, up and down, hither and yon, everyplace we possibly could. No lens.

I had a desperate thought. The previous evening I had taken two hours of MMA training. On the nights I do this, I stick my socks into my shoes in the locker room, then slide my glasses in so I know where they’re at. Was it possible that someone had stepped on my shoe, somehow dislodging the lens?

I called Tiger Schulmann, where I trained, but Megan told me that nobody had handed in an orphan eyeglass lens.

When I got home, I examined every square inch of my humble abode. It’s not a huge place, just a tiny two-bedroom condo that takes me all of 20 minutes to vacuum. But that’s because I don’t vacuum the kitchen floor; I mop it two or three times a month. Or once every two or three months. I forget.

Anyway, the lens seemed to be nowhere to be found. I searched my car. Nothing. Checked the shoes I’d worn to training the night before. Nope. Looked in the parking lot. No lens. Looked everywhere I could think of. Nada.

I began to resign myself to the inevitable: the lens would not allow itself to be found, and I would have to fork over a few hundred dollars to Lenscrafters for a pair of replacement lenses. Because those guys won’t replace just one lens; they travel in pairs.

Yesterday, Tuesday, March 30, began like any other. OK, maybe not like any other. It was pouring down rain and pretty miserable all the way around. After I did my ADRs in the morning, I dressed, choosing to wear a pair of shoes that hadn’t graced my tootsies for 10 days or so (yeah, I have a dozen pairs. So what? I’m in touch with my feminine side).

I get to work, do this, do that, blah blah blah. About 2 pee em I got up and walked back to the kitchen area of our office. About halfway there, I felt like there was something in my shoe, like a small stone or a dead mouse.

By the time I got back to my desk, it was very uncomfortable, so I took off my shoe, only to find…

Don’t ask, I don’t know. Obviously it became dislodged at karate. Maybe someone stepped on my shoe, I don’t know. Whatever. It was in a shoe that I hadn’t worn in a couple of weeks, and I had the shoe on my foot for eight hours or so before I noticed.

[Posted with iBlogger from my iPod touch]

…when you tell your TiVo to Season Pass Lost, and you check the settings to make sure that it only records first-run episodes, and ignore that the default setting is to only keep three episodes at a time, and you neglect to delete the three hours from the week before, and ABC calls the premiere “Because You Left/The Lie” so tonight when they broadcast “The Lie” before “Jughead”, your TiVo thinks it’s a new episode so it records it, and now you have “Destiny Calls”, “Because You Left/The Lie” and “The Lie” recorded and that’s your three episodes, so “Jughead” isn’t recorded? Don’t you just hate that?

I’m composing this entry slowly but surely on my iTouch. Why not my trusty PC? Well…

If you follow tech news, you know that Microsoft has made public the current beta installation of Windows 7. I’ve been reading good things about it, particularly from an online friend who’s very enthusiastic about it.

Now, if you know me at all (and after all our time together, I would think you do), then you know I jumped on this right away. I made my way through three beta releases of Vista, so when it was finally released, I felt very comfortable with it while everyone else was complaining.

The Windows 7 beta is download only, and apparently Microsoft was overwhelmed with requests causing some server issues. But even when things were supposed to be moving smoothly, I still had problems. Off and on for three days I attempted the download (the file is close to 2-1/2 GB, by the way), but it would stop after less than 400 MB were downloaded. After a few days it dawned on me…Firefox is my browser of choice, and most MS sites won’t play nice with it. Sure enough, once I switched over to IE, my download problem ended.

The next step in this undertaking is burning the downloaded file – an .ISO file – to a DVD. My disc burning program of choice is Roxio Creator. I tried three separate times to burn the installation disc, receiving three different error messages. Of course, being the way I am, the thought of checking Roxio’s manual or online help never crossed my mind. Instead, I contacted my online friend, who suggested ImgBurn, a freeware burning utility. I downloaded and installed it, and on the second try, I had my installation disc!

(The first time I jumped right in and tried burning the disc after merely glancing at the instructions. Apparently I skipped a vital step.)

So now I’m ready to start installing the beta. My first thought was to install it on one of my external drives, which, of course, didn’t work because you can’t install an operating system on a removable drive. Huh. Who knew? Everyone but me probably.

Luckily, the hard drive on my Dell has a 10 GB partition, so I can install it there, right? No, because the beta requires at least 16 GB.

So we stick another partition in then. Of course, I’ve never actually partitioned a hard drive before, but I wasn’t going to let that stop me.

I searched Vista’s help pages and found what I needed, but the procedure they outlined didn’t work. For me, anyway.

Feeling frustrated, I searched Download.com for a freeware partitioning utility, found one that looked promising, and in no time at all I had it downloaded and installed.

The instructions looked simple enough, so I jumped in balls first: slid this here, renamed that there, and I was ready to go. All I had to do was reboot and I’d be ready to install Windows 7 on my new partition.

That was the last time I saw my desktop alive.

It boots to a certain point, and refuses to go any further. I’ve run diagnostic tests, checked the boot sequence, even bought it a nice glass of wine, to no avail.

I can get it to boot into safe mode, though, and the hard drive looks like it did before I started messing with it, but that’s the most I can do for now.

Hopfully a good night’s rest will do it some good. Tomorrow at work I’ll do some Googling and see what kind of help I can find.

And this time, I’ll be sure to read the directions.